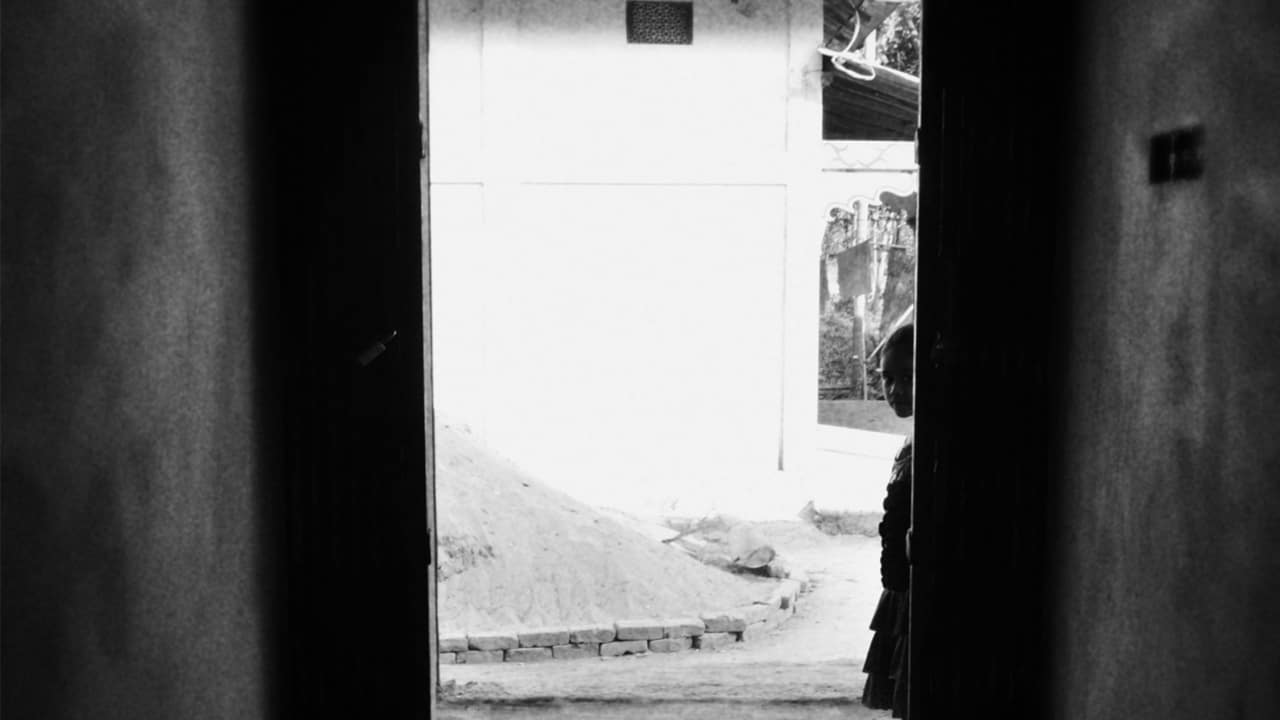 I was born in Britain, East to be precise and deep in the country side too. My parents are from Bangladesh and came here in the late 80’s. Everybody has to go “back home” at some point, and some look forward to it, whilst people like me. Not so much. It’s not that the country is bad, or the people are awful and family are not nice – it’s the backward culture and thinking that can ruin one’s experience (plus the fact I hate being away from my bed). The time before last I went to Bangladesh for 2 weeks and I didn’t get to do much and I was exposed to raw Bengali culture – try to imagine the culture shock, going from a very English area, to Bangladesh where the women literally stay in the kitchen all day (and they’re okay with it!), where the men chew beetle nut and have the first say in everything, where there is no space in the masjids for females, and weird cultural practices such as leaving food in the graveyards! I was shocked, and when I came back, I was glad and happy to say that I wouldn’t be returning for a long time.

However, 4 years later I went again and this time I stayed for a little while longer. I was expecting the worst, and I was very stressed about going. I guess I was being a typical “westerner” with deadlines to meet and work to do – but subhanAllah the experience was something I never saw coming. I spent lots of time with my nanu (mums mum) and my bibi (dad’s mum), and family I never knew existed. A bond grew between my cousins, my aunties and uncles and I, and there was not a day that I wasn’t laughing and having a good time. I saw breath-taking views, incredible skies, and had a very entertaining road experience. (In Bangladesh, there is no road system – it’s “fit as many people as you can into one car, and drive on whatever side of the road and keep beeping!”) 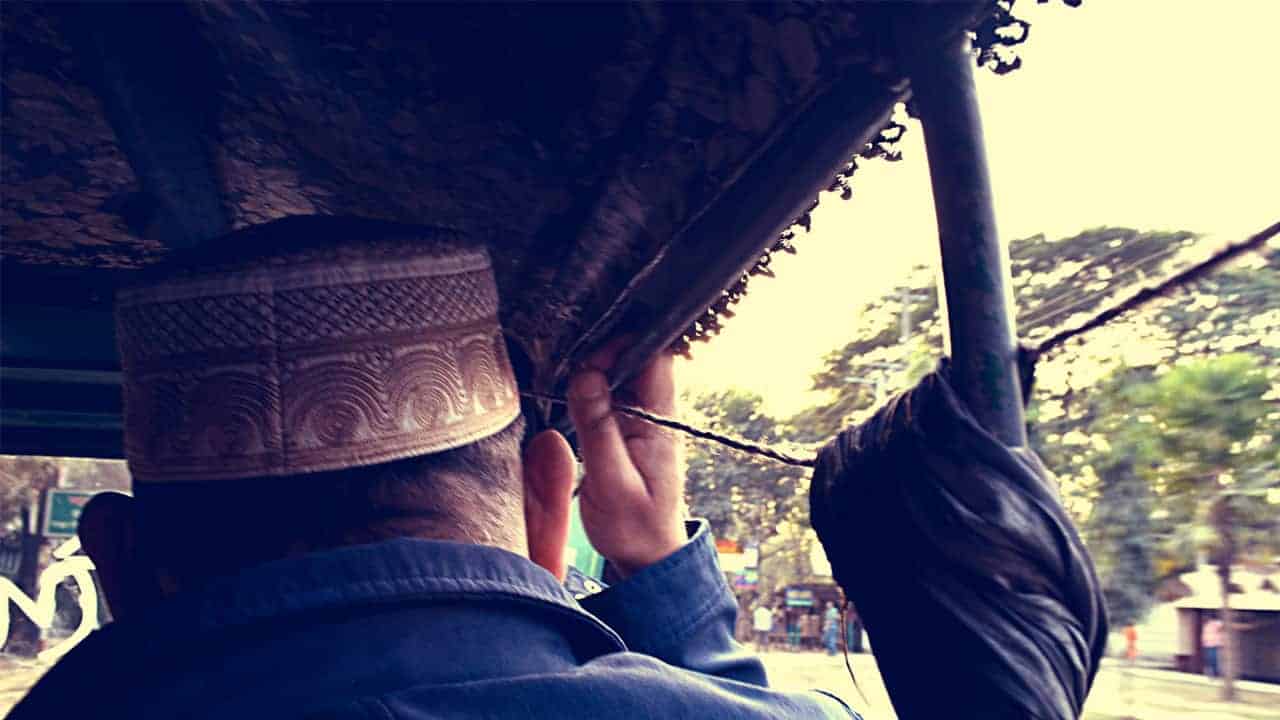 However, the thing that did it for me was hearing the Athaan 5 times a day. I would find myself in tears waking up for fajr without an alarm and I would be in total tranquillity during each salah. It’s easy to practice in Bangladesh, you won’t get attacked for wearing niqaab, or hijab, and salah is made easy with masjids nearly every mile – however, a lot of people don’t. I heard my cousin say “I swear every day, and I know my imaan is not high – so what’s the point in praying? I should fix that first, and then pray.” This mentality is very common in Bangladesh, the whole “get it all perfect first time round or don’t do it at all”, and people choose not to do it at all because the culture has made the religion very difficult. If you pray Isha you have to pray the full 17 rakah, if you read Quran you have to read so many ayaat, and if you practice the religion you have to “look” like you do i.e brothers with full beards and sisters fully covered – but there is a crucial balance, you practice too much and you become a saint that will be patronised and made fun of! It’s difficult to understand – and I’m sure many other cultures are similar in some ways. 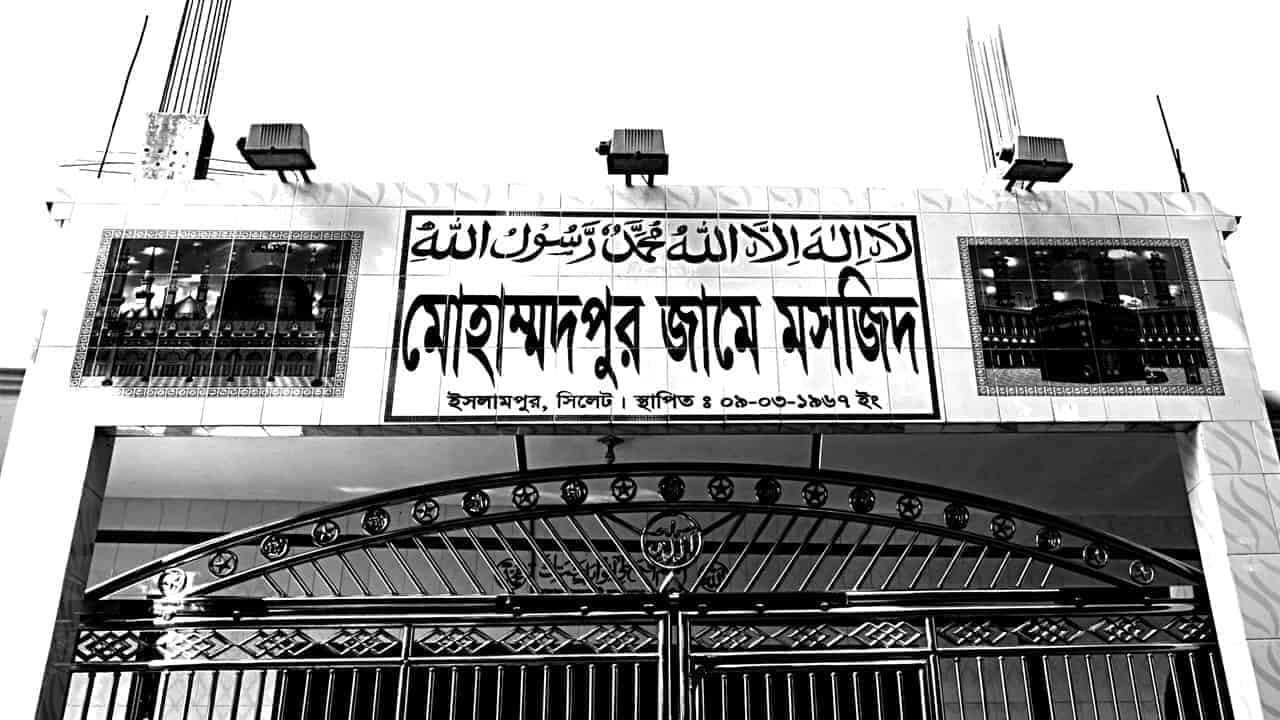 A few days into my holiday, I asked my dad if I could visit a general hospital, and my cousins laughed at me and said “Why would you want to go visit them?”. So when I asked if there were any mental health hospitals and if I could visit them they almost went white, “Why would you want to go there? Those places are contagious and nobody visits them. You’ll come back a maniac. Crazy is contagious, you should know.” I was truly shocked but I don’t blame my family individually because they’ve never been taught any different – however to speak about sick people and those who need help as if they were a different species was totally heart breaking. When I explained to people I was studying islamic psychology, and how I want to become a counsellor to help people with mental health problems they laughed at me and didn’t take me seriously. Some elders warned me not to go into that field of work because it’s “dangerous” and asked me to become a teacher, barrister or an accountant (typical bengali’s!).  One lady even gasped and said “Ya Allah, save us all!” – It was quite entertaining to see ignorant responses however the underlying thoughts behind it were much more serious. Firstly, if you are diagnosed with a mental health disorder, you’re no longer human and you have a life threatening disease. Secondly, if you show symptoms of mental health disorder they are either ignored or passed off as black magic (which is possible, but not with every case). Thirdly, just because you’re wealthy, come from a good family and pray every now and again, you won’t get such “diseases”. It really hurt when I heard such responses and made up prevention methods, but the problem doesn’t lie within those who are suffering – it’s those around them. It’s those who are unaware and irrational. If mental health becomes something to be embarrassed about, of course it will make people want to shy away and deal with it themselves, and that’s never a good formula for treatment or recovery. If mental health is passed off as a normal stage of growing up, then those whose days don’t get better will be too afraid to speak out because they will no longer be “normal” – and if mental health disorders such as OCD, Depression or anxiety don’t exist in Bangladeshi culture – what are people supposed to do? However, even with all of this madness – (I’m no doctor to diagnose) those who had symptoms of depression, people who were really sad, and those who had the worst life experiences, they had tawakkul, and they managed – and that’s the most beautiful thing I’ve ever come across.

I have a cousin whose mother deserted her, she then went to live with her father who abandoned her after getting married – and then was abandoned again by her uncle. She got married to a drug addict and an alcoholic who used to abuse her and steal from her, and now lives with her brother, and after speaking with her she has deep wounds. She trusts no one but her brother, and even then is very paranoid about his whereabouts, she’s very anxious about what people think of her and is very obsessive over cleaning her room and making it look the best she can with the very little she has. She’s constantly trying to help everyone and impress others, and always asked me “Have I done anything wrong? Have I upset you?” She looks deep into things that don’t mean anything e.g we were visiting someone’s house, and whilst she was praying I quickly nipped next door and she phoned me distressed, almost in tears asking if I am angry with her and why I left her. You could tell that she was thinking a million and one things every second, however, whenever she mentioned Allah, her face would light up and her smile was priceless. She’s the most devoted person I know, she prays all the prayers you could imagine, and schedules her day around reading the Quran and she never once said “Why did Allah do this to me?”, rather she said “Allah knows what’s best, and I trust Him. Look at what He has given me already? What else could I ask for?”. She says that if she didn’t have Allah, she would have been working in a brothel by now. SubhanAllah, her story made me weep at night (it takes a lot for me to cry), but it was such an eye opener – although therapy would help her a tonne, she’s managing, and although no one should have to manage, in her context, she’s doing pretty well with trusting Allah. Her devotion, her tawakkul, and her love for Allah and the deen were so inspiring and made my heart swell. I know what some of you must be thinking, this is really emotional and relying on Allah when you have the means to get better also is encouraged, but she doesn’t have the means like we do in this country, and it just goes to show that relying on Allah could be the first massive step that needs to be taken in order for recovery to happen. It makes sense right, without accepting what Allah has planned for the future how can you expect positive recovery which is for the future?

“And will provide for him from where he does not expect. And whoever relies upon Allah – then He is sufficient for him. Indeed, Allah will accomplish His purpose. Allah has already set for everything a [decreed] extent.”
(Qur’an 65:3) 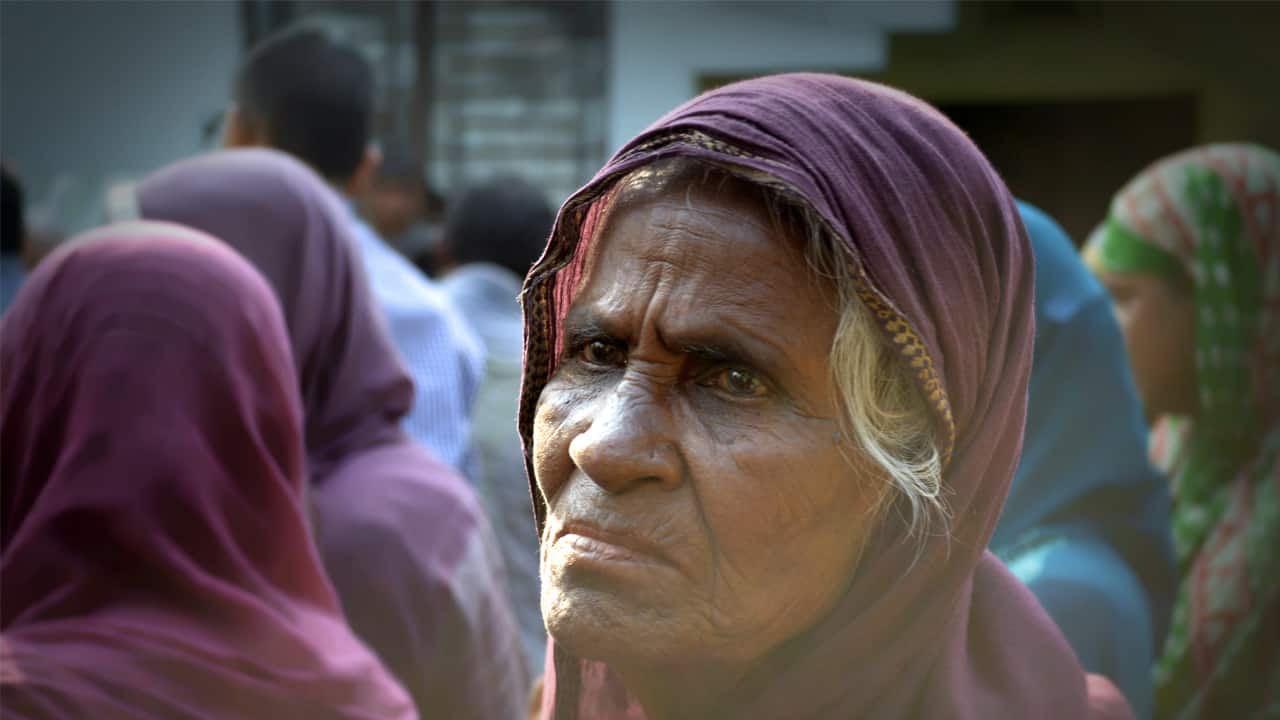 Could it be that relying on Allah can improve your life significantly, and all it requires is a little patience and effort?

Having tawakkul in Allah could have a massive impact on your mentality and how you deal with certain situations, and of course you don’t need to be like or practice like my cousin in order to have tawakkul – just having tawakkul can be the change that you want and need. When something like a mental health disorder comes about, they try to suppress it or treat it as something strange and uncommon – which then turns into a vicious spiral of taboo talk and shameful treatments. It’s also a little bit of denial. I’ve heard plenty of the “My daughter/son is too good to be having this problem” line.  What Bangladesh needs is an educated mental health disorder boot camp weekend – or possibly just more open minded people. Just so they can be told that mental health disorders are not contagious diseases, people who have them are not infectious, and they are still beautiful living human beings! In fact, it’s not just Bangladesh, it’s the whole world that needs to know this – and people who are already aware need to be more aware. People in Bangladesh and all over the world are suffering because people do not talk about mental health enough possibly due to “going wrong somewhere”, however this should not be the case, and it’s because of this that mental health has been swept underneath the carpet and has become strange to us “normal” people. These are our brothers and sisters, humans of our race, all creations of Allah – do we really need to step into their shoes in order to relate? Have we lost all passion and emotion? Can’t we view, listen and understand? What is your conclusion?

Leave a comment below on what advice you would give to someone having trouble accepting their condition and trusting Allah.