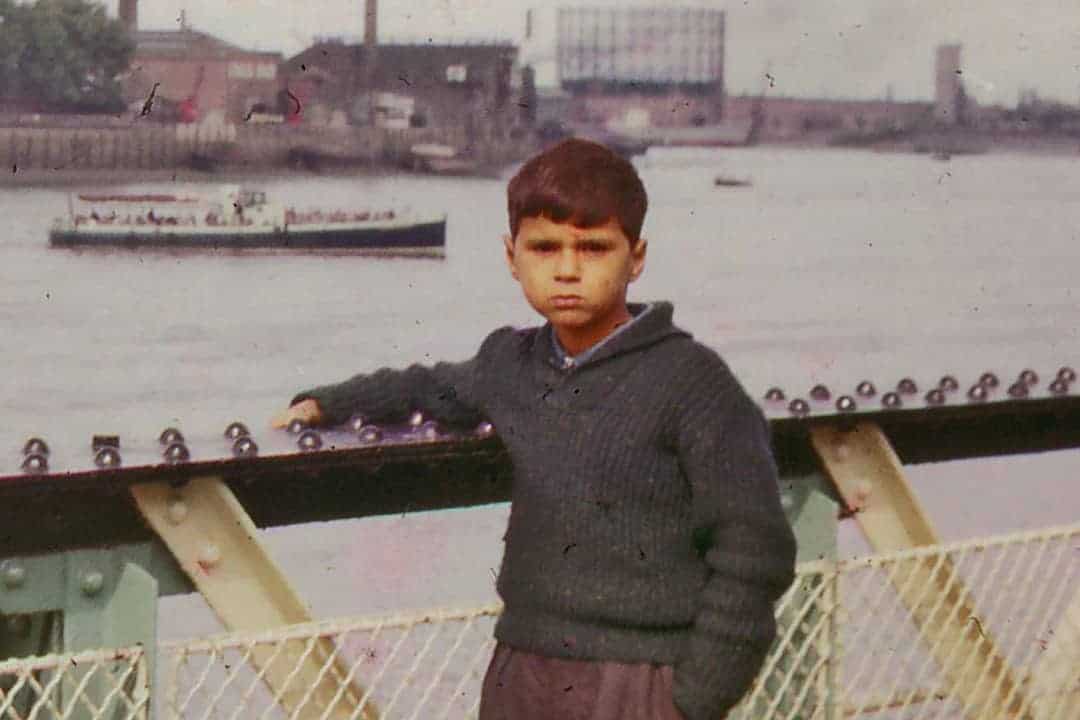 I was born in London 29th July 1954 and I was removed from the only mother I had, and all because society deemed it wrong to have a bastard half caste child, well that’s the truth of the matter, and I at the tender age of just fifteen days was torn away forever from my poor sick mother’s broken heart. I often wondered what the kind of cruel separation would do to a child and a man, well I know exactly how that feels, rejection is a cruel bastard of an emotion made even worse when it was forced by some repugnant, odious and prejudiced suit working in the odious, repugnant, prejudiced system. How do I feel about this? Well one word sort of sums it up, heartbroken, but I can assure you, I have a dictionary of a lot more.

I was then moved to a children’s home in Lewisham, where I have very few memories, but the five years incarcerated would have an enormous effect on the rest of my life and probably caused more mental angst than all of the following years put together.

Children don’t do alone very well and although we survive physically, mentally we hurt and this hurt never seems to go away. As much as I hoped that one day my past emotions would dissipate, it seems the complete opposite occurred. So I and others who were brought up this way are indeed, scarred for life. Not being loved is the obvious emotion but there are a lot more, such as not being granted attention except for the basic needs, which then shatters self-confidence and plants the seeds of distrust in others, and when continually provoked that leads to strong feelings of violence, a longing for freedom and running away from a dull vegetated state while suffering from aloneness and loneliness, to happily jump through fire to find a friend, and sadly, be condemned to carry the odious suitcase of my past with me forever.

This is the opening few lines from my book, I have only included it for one reason, to show the reader where the majority of my mental health issues originated. I realised many years later that when you begin life this way and then to suffer continually for years to come there had to be a reaction and what a reaction. The initial issues of being an unloved child of just five years of age, who had been treated appallingly, was uncontrollable rage and sadness. I was one angry kid. I had already been affected by severe mental, physical and sexual abuses.

I was then fostered and adopted into more suffering, sure the sexual abuses that were so openly meted out stopped but the physical and mental abuses just got worse. Caned at school across open hands bare legs and bottom and then beaten again with either gnarled hands across bare legs and arms and occasionally caned in the same tender places when I returned home. I hated my life. I hated my headmaster, my adopted mother, my skin colour and myself. I would rub my skin red raw with Ajax in order to remove my colour as the name calling became unbearable. I would lay awake at night picking the plaster from the walls until my fingers bled. I wet the bed; I awoke time and time again, screaming from the horrific nightmares of drowning under the huge waves that came crashing down on my innocent head. I was trapped in a cycle of pain and torture that was not of my doing. All I ever wanted was to be accepted and loved and not used as an implement of other human beings mental health problems. I grew up scared; I seldom smiled or laughed for fear of being told off and when life got too much I would get angry and hide only to be ridiculed for having lost control. ‘We don’t do pain and we don’t do emotions.’ I wasn’t even allowed to cry. Some five years elapsed and I was unceremoniously delivered to a boarding school with a gentle reminder of ‘it’s alright, they don’t believe in corporal punishment here’ ringing in my ears, sadly nobody informed the teachers. I was regularly slippered, often in front of the class; my head split open from a thirty foot throw of a hurled black board eraser. I returned to the safety of silence and solitude and that’s where I spent most of my life. That was until aged forty four I was sent to a clinical psychologist at the Pain Clinic due to a series of injuries to my head, hand, foot and back. It was there that my clinical psychologist realised and released forty four years of hurt, and I openly wept for what seemed forever, where I was at last given permission to feel the pain, to breakdown at the many memories of suffering. Here are a few of the words my clinical psychologist wrote…

‘It took me around five minutes into my initial meeting and assessment with Kim to make the decision that this was a man who needed and deserved someone to have faith in him. But not just that to be prepared to walk along with him through psychological hell, not for a few weeks, even months but for years. I don’t think at this point Kim realised this. But there was something in this first meeting that allowed Kim to at least contemplate someone may just be prepared to hear his pain. And hear it I did, so did he and often he heard it himself and connected emotionally with it for the first time in those sessions.

At times the physical and psychological pain was so intense Kim struggled to see the point of living at all. Yet time and time again he returned and we continued. The therapy itself was painful. There were times when our sessions broke all records for shortest ever! This was because Kim’s anger and frustration with his life and other people was hard for him to manage, but he always returned the next time having reflected on his emotions and actions.

Kim’s courage to face his past, the demons that lurked there, the unprocessed trauma, the physical pain and scars and to survive the rejection he suffered time and time and time again was awe inspiring. Awe inspiring from my perspective that he had not emerged from this life some kind of monster himself. But he was also compassionate, creative, funny and ultimately undefeated; he was still fighting to find a way out this hell, of changing his path. Learning to love and care for himself and see the value in Kim was Kim’s biggest challenge. But he also had to do this whilst coping with incurable and intractable physical pain.’

Now free from the confines of my own prison I broke from the chains that bound me, isolated me and so hurt me. I began to learn, to listen, to understand the side effects of so much unhappiness, to accept, to forgive and to live my life and to begin to like myself. One of the most important lessons I ever learned from my clinical psychologist was just these few words… ‘Your anger Kim comes from sadness.’ I remember breaking down, because at the very moment I heard those words the weight of a thousand abuses lifted, never to return again. No human being should ever have to suffer so much but to inflict so much pain onto the shoulders of a baby and child shows me that the human race has still a long way to go before it can say that we are enlightened, we are not. I found my peace, contentment and dare I say happiness but it took almost fifty years to discover, understand and learn that I wasn’t a bad person, I never was, I just had bad happen to me.