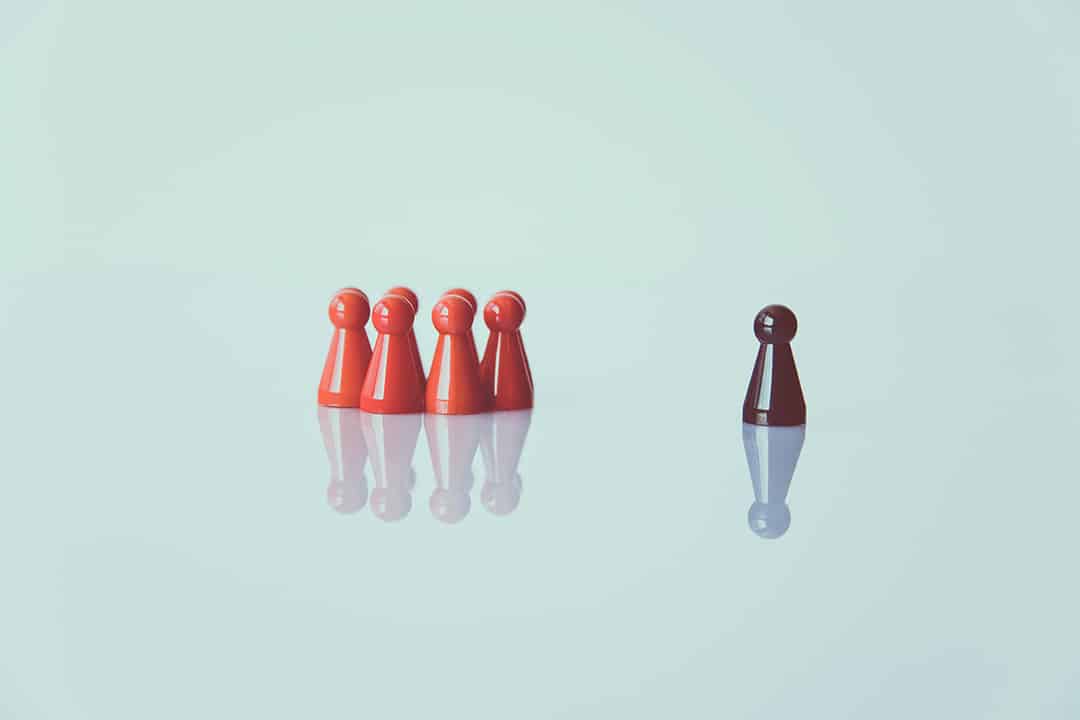 Mirror Mirror on the wall – who is the fairest of them all?

Disclaimer: This article is unrelated to the injustice Black people face on a daily basis and therefore is from a South Asian perspective. As a charity predominantly made up of South Asians, we are only speaking on what we know. If you are Black and would like to share your story then please leave a comment below or contact Inspirited Minds.

Does the colour of your skin matter?

Colourism: prejudice or discrimination especially within a racial or ethnic group favoring people with lighter skin over those with darker skin.

It’s 2020 and there is still a booming market for skin lightening products that profit off the back of ‘dark is ugly’ and ‘fair is beauty’ mentality.  This mentality is seen everywhere, from Bollywood movies to Asian news or even Islamic channels where it is rare to see someone of dark skin. Often our communities indulge in problematic conversations surrounding skin colour especially when it comes to marriage or the birth of a child.  It was unsurprising when Netflix’s #IndianMatchmaking showed ‘fair’ repeatedly listed as criteria in a potential spouse.  The subject of colour tends to come about in a derogatory manner whereby we hear a negative connotation to the term ‘dark’ and a positive connotation if the person in question is ‘fair.’

19yo Desi female: I’ve noticed elders commenting and glorifying the bride purely because she is ‘fair’ implying that’s the reason for her beauty.

Colourism bears no relation to Islam as emphasised in the Prophet’s (ﷺ) final sermon which clearly specified ‘a white has no superiority over a black, nor a black has any superiority over white except by piety and good action.’ In many South Asian countries however, having light skin is often regarded as a sign of prestige, wealth and a marker for beauty.    In a sense, there is a privilege attached to fair skin, where you get increased attention from parents, elders, a favoured education and overall success. Some attribute this to eurocentrism, a term coined to describe a view that favours a western view over non-western. That’s before we even delve into our history of colonisation.

In Urdu, a person with light skin is described as being “Saaf”, directly translating as clean. In Bangla they say darker skinned people are “moyla” meaning dirty.  This ingrained mentality has resulted in even seemingly innocent remarks about complexion becoming troublesome – including a time where a friend of mine was told that she looked tanned and took this as an insult as it meant her complexion was darker, something she didn’t want to be seen as. Or racist jests which are disguised as compliments initially, but display some deeper rooted issues i.e. ‘you don’t look Indian/Pakistani/Bengali’ – usually said unintentionally or intentionally based on skin colour. As if all Pakistanis are fair and all Bengalis, South Indians are dark-skinned. As if someone saying you don’t look like your race is a compliment.

22yo Desi male: I’ve had friends around the same age and of similar cultural backgrounds as me in the past who use the word ‘black’ as an insult because of my dark skin whilst we are having “banter”.

For some individuals the words used thicken their skin helping to build resilience and character.  However this doesn’t negate the fact that comments like this are inappropriate in the first place, often those dishing out ‘harmless banter’ need to check themselves.

23yo Pakistani female: Family and friends have often given me “advice” for how I can lighten my skin, such as avoiding the sun like I am the child of a vampire, sometimes the advice is outright outrageous.  But growing up in a multicultural city, filled with a spectrum of colour has meant skin colour has never phased me. Advice associated with colour, I politely ignore. My own confidence runs deeper than skin. As a devout runner, my strength comes from what my body has achieved and can achieve.

For others the harsh words stick, causing life-long confidence issues, which cannot truly be fathomed until you personally experience colourism. The discrimination faced brings a belief that you are worth less than a light-skinned person.

Farhana Maleque, 27: Coming from a Bengladeshi background, I’d hear terms like ‘black monkey, or “khala seek seeka (a derogatory term used to describe being darker) in my family home. I soon came to realise that being my colour wasn’t good enough.  No one would find me attractive. That I was ultimately ugly and I won’t be successful in relationships be it friendship or romantic. I didn’t have many friends in primary school and there was some part of me that felt like it was because I wasn’t pleasant to look at or because of my skin tone. I developed the idea that I wasn’t beautiful and I thought “if I become whiter than I’d be beautiful and people would start liking me”.

Due to my lighter skinned friends receiving compliments consistently, I grew jealous of them and became increasingly conscious of my appearance. It has had an impact on how I view myself and resulted in poor self-esteem. I live in the fear that I will always be deemed as unattractive regardless of how much effort I put into beautifying myself.

Research has found that racial discrimination has affected African-Americans mental health especially in terms of anxiety and depression. It would be unsurprising if similar findings were present within the South Asian community.

It is time we actively stood together as the new generation that doesn’t stand for toxic standards of beauty. Together we can expose unconscious bias towards light skin through education via conversation.

Here are few ways to openly challenge discrimination in our own communities:

Often it’s deep-rooted into their subconscious such that until it’s pointed out, it is left unrecognised. It’s time we asked the question who defined that only a specific skin colour equates to beauty? We create our own norm unguided by years of colonialism.

Have you ever experienced colourism? How has this affected your mental health?