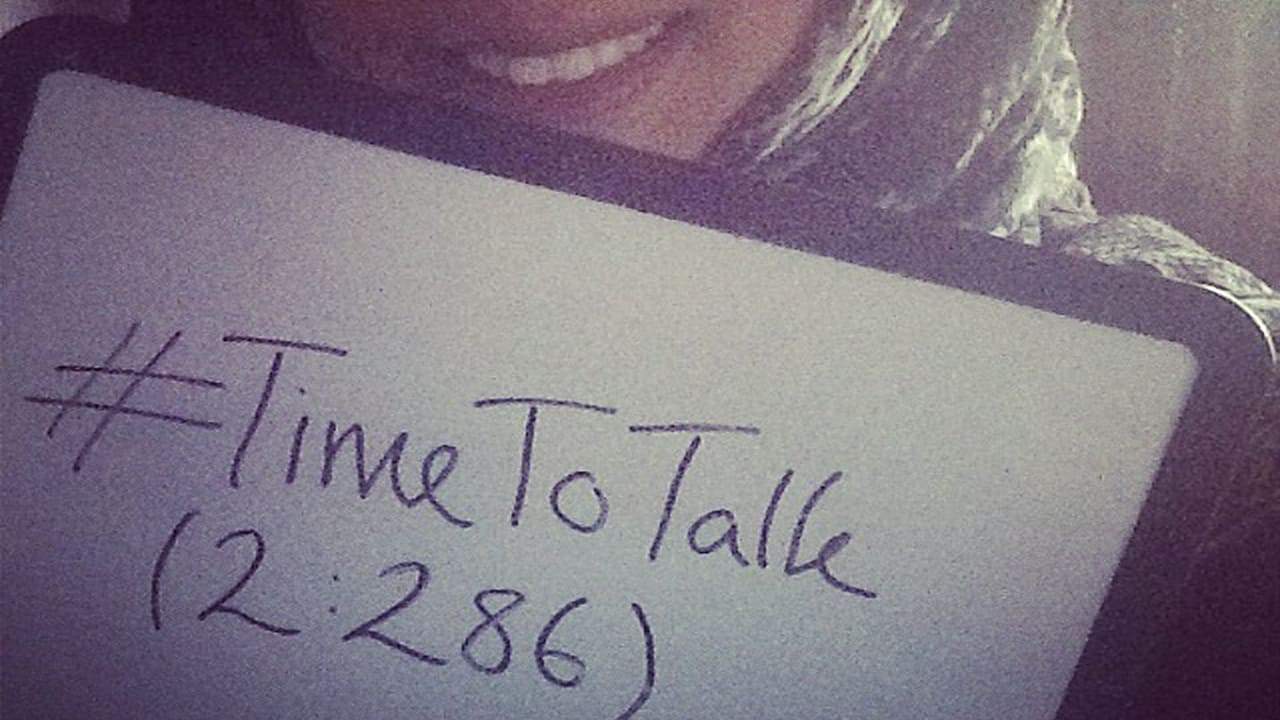 Okay, I will talk. #TimeToTalk

Just thinking about how to write this without drawing the unwanted attention and pity is giving me the sweats, my heart is pounding and I feel like crying..

I’ll be honest, despite having friends and relatives that suffer from mental health problems; I know very little about mental health. I guess it is due to the fact that I understand that it is often used as a blanket term for all kinds of things such as depression, OCD, eating disorders, bipolar and panic and anxiety disorders and so on, I know that they all vary but I never wanted to delve into it because I guess , selfish of me I know, but I just felt that by being such an over emotional person I couldn’t handle knowing all these things and that someone very close to me could be suffering. All I know is that it is something, it is common and unfortunately so many people feel ashamed to talk about it.

In 2012, I was fortunate enough to visit the house of Allah (Ka’ba) in Makkah, Saudi Arabia for ‘Umrah, the lesser pilgrimage. My brother and I were performing ‘tawaaf’ the circumambulation and we noticed that it was quite quiet and empty-ish so we began to get closer to the Ka’ba, I was so eager to touch the black stone on the corner, and so we began to get closer and closer. What happened next was really frightening at the time, but later I laughed about it and never properly addressed it again (until 2014). So after getting this close I noticed there were so many people in such close proximity to me (which I am never comfortable with by the way), at the time I thought nothing of it because I had been in that exact same position in 2010; trying to touch the black stone and I was fine. However, feeling claustrophobic is the only thing I remember, I was hot and I felt so scared and as a man’s arm went over my head.. I couldn’t breathe (I’m not asthmatic) and I just began to scream, actually I don’t remember there being a beginning it was an outburst and I don’t recall much, I just remember that it was more of a high pitched screech and I had no control over it whatsoever and couldn’t stop myself. My word, it was extremely embarrassing and I still remember these two men staring at me, probably thinking “what the hell is wrong with her?” Well, that’s what I was thinking too. Can you imagine not being in control over the one thing that you have control over in life?

That was it. Since then and before then I had never really experienced such a thing, well that’s what I liked to believe all those years. (I have never really learnt how to swim) I remember on 2 separate occasions under water I had something similar happen (once when I tried to swim in Bangladesh and once when we went canoeing and our canoe tipped over) and not to forget those outbursts of uncontrollable tears and anger that I’d experience pretty badly, and for years after being told that I’m super emotional – I could no longer blame that time of the month anymore. On one brave day I thought that this was something beyond ‘normal’. So finally in 2014, I confronted myself and said “Do you know what, Yasmin? You may need to get to the bottom of something that is obviously bothering you, stop trying to ignore it, none of it is your fault.”

My inner voice was so right and so when I was all alone, I sat and thought about ‘stuff’, you know, people, things and life in general and until right now, no one knows that after doing so I had another ‘moment’ where I was overwhelmed with so much anger and frustration that my chest would tighten up and I would just scream and plant my face into my pillow so that even I couldn’t hear myself scream and I’d cry hysterically until my eyes were sore. I’d avoid seeing anyone the next day until late in the afternoon and after the puffiness of my eyes had gone down.

Right now, I don’t think it’s a big deal for myself, because it’s me, maybe I am wrong or maybe I am right I don’t know and I still don’t want to confront it properly, maybe because I don’t want to believe that what happened to me was real, I don’t know how it will affect my family members, and I desperately hope that no one feels responsible because it is not anyone’s fault. I don’t think I am in denial, I just learnt to continue with getting on with life, not saying that I am strong because I am currently bawling my eyes out as I type this, but because I know that what triggered my moments was due to an injustice that took place 18 years ago and today I am a physically strong woman that can defend herself and I am no longer vulnerable. I don’t like to diagnose and put myself into a category of no return that seeks to define me, but it is quite obvious that what I had experienced was of the nature of a panic attack. Leaving this aside and letting it eat me up was turning into something worse and letting that become uncontrollable was not an option. When I noticed myself having dangerous thoughts and really dark emotions I researched using the NHS, but I’d always scoff to myself thinking “Me? Never!”

Finally I plucked the courage to seek help, and speak to a professional. I wondered if I was over-exaggerating and maybe being a little dramatic, so ultimately I went for my own ‘peace of mind’ (even at times like this I notice the puns/irony). Unfortunately that trip to the doctors was not peaceful at all when she offered me anti-depressants. My world came crashing and I felt paralysed. Could this get worse? I thought. This nothing is turning into something and now this stranger is giving me drugs? I should have never opened this can of worms.

I was wrong, so wrong. I eventually picked myself up, with the help of some individuals and I learnt that this is so not me. I smile, how is it possible for me – the big goofball to sulk, and constantly be down? Then things started looking better, I changed the way that I thought, I looked closer into my soul in terms of spirituality and finally put trust in my closest companion. It’s a work in progress and I am looking at the better things in life. I can’t turn back time but I can change the way that I see the future. Ultimately, happiness is in my hands i.e., I can let things take over and be sad or I can still get on and count the many blessings in life and remain happy.

I guess the purpose behind this post is to finally talk, (even if it makes no sense to most of you – I have purposely left out the thing that ‘tipped me off’, because evidently it’s hard to say it explicitly) and even if just a few folks read it; maybe someone wiser than me will advise me on how to deal with it. But most importantly, I hope that someone that is reading this will have the courage to speak up, speak to someone; be it a friend or a professional and confront things that are bothering them.

We only have one go at this thing called life, there’s no point in living with things that are bothering you and ruining your time here.

Your Stories No Comments