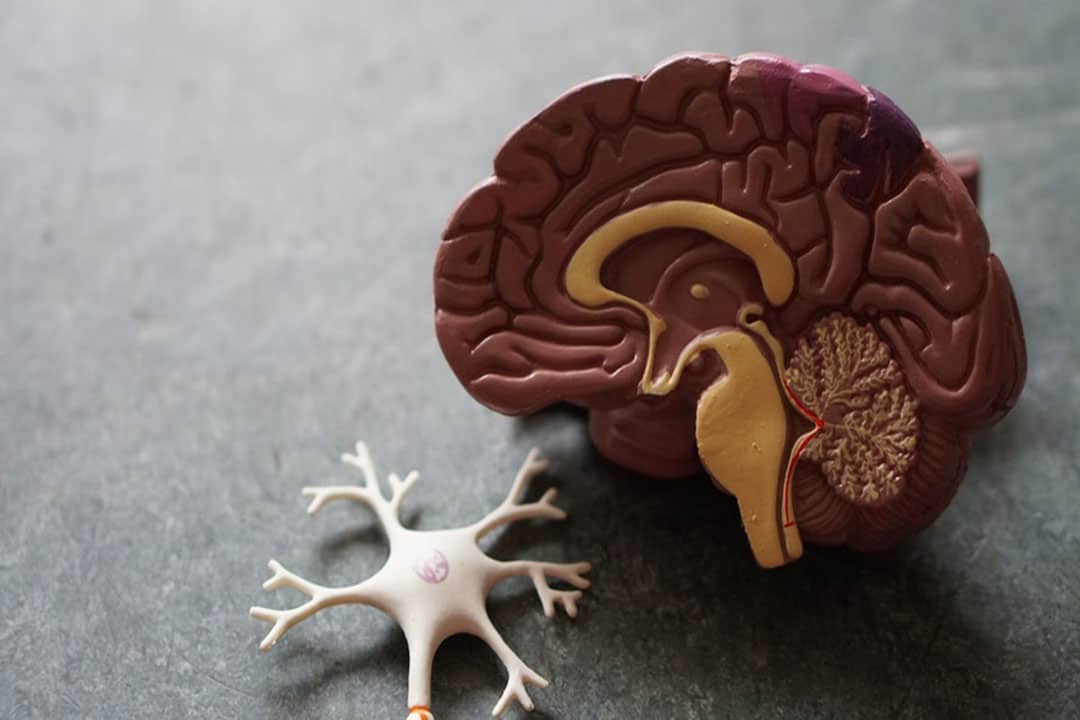 Whilst Alzheimer’s is the most known form of dementia, there are less publicly understood forms which pose different challenges to sufferers and loved ones.

Dementia does not refer to any one specific disease, rather it is a general term for the significant deterioration of mental abilities, which poses difficulties in every day functioning. It often affects the elderly, but dementia can have early onset. It can be caused by a variety of health problems including strokes, thyroid dysfunction or vitamin or mineral deficiencies. Alzheimer’s is one of the most widely known forms of dementia, which primarily affects short-term memory in the early stages and can later lead to the complete loss of short-term and long-term memories. It is caused by the breakdown of connections between nerve cells in the brain due to the build-up of proteins which form ‘plaques’ and ‘tangles’ (see image below). Alzheimer’s is progressive, so symptoms become more and more challenging as time goes on, and this is reflected by the fact that later nerve cells can die and brain tissue is lost.

Vascular dementia is the second most common form of dementia, which can have similar symptoms to Alzheimer’s but is caused by the lack of oxygen circulation to brain cells. Symptoms differ as to which area of the brain has been affected but confusion, vision changes, trouble communicating or understanding others and difficulty moving is common.

The third most common form of dementia is called Lewy body dementia and is caused by the presence of Lewy bodies, which are abnormal deposits in the brain which cause damage to healthy brain cells. This type of dementia can cause visual hallucinations, delusions and it is common for a patient’s condition to vary greatly in terms of confusion or alertness day by day. Lewy body dementia encompasses two forms; dementia with Lewy body and Parkinson’s disease dementia. 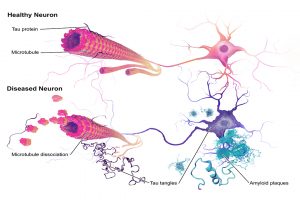 Dementia is certainly very distressing for those experiencing it because it can cause extreme confusion, loss of understanding of the world and a loss of their own memories and identity. This can lead some sufferers to become angry, irritable or even aggressive with others. This can pose difficulties for carers, who may also be faced with a lot of emotional pain from slowly being forgotten by their loved one.

People with dementia may need a lot of support, from being encouraged to drink and eat because they may not realise they are thirsty or hungry, to bathing and using the toilet. Getting support as a carer is key to avoid burnout, a sense of being overwhelmed or becoming depressed or anxious. There are many charitable organisations which can provide further information and advice on caring for someone with dementia. Having friends, family or professional carers can help you to maintain your own life, at the same time as looking after your loved one. Talking to other carers can also be helpful as you may get support and feel understood by others in a similar situation; Carers UK and Alzheimer’s society have forums you can join. 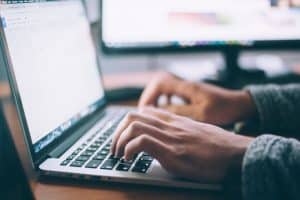 Dementia is ‘early onset’ when it affects an individual younger than 65 years old. Whilst the three forms of dementia mentioned above are common there are also additional forms more common amongst young people including Korsakoff’s syndrome which affects around 10% of early onset sufferers and is caused by a B1 deficiency and is associated with high alcohol consumption, vomiting in pregnancy or bulimia, and frontotemporal dementia which affects 12% of young people with dementia and is caused by damage to the frontal and temporal lobes of the brain. Dementia may be prevented by eating a balanced diet, maintaining a healthy weight, exercising regularly and getting depression treated by seeing a psychiatrist/ psychologist.

Does your family member or a loved one have dementia? What are your experiences?