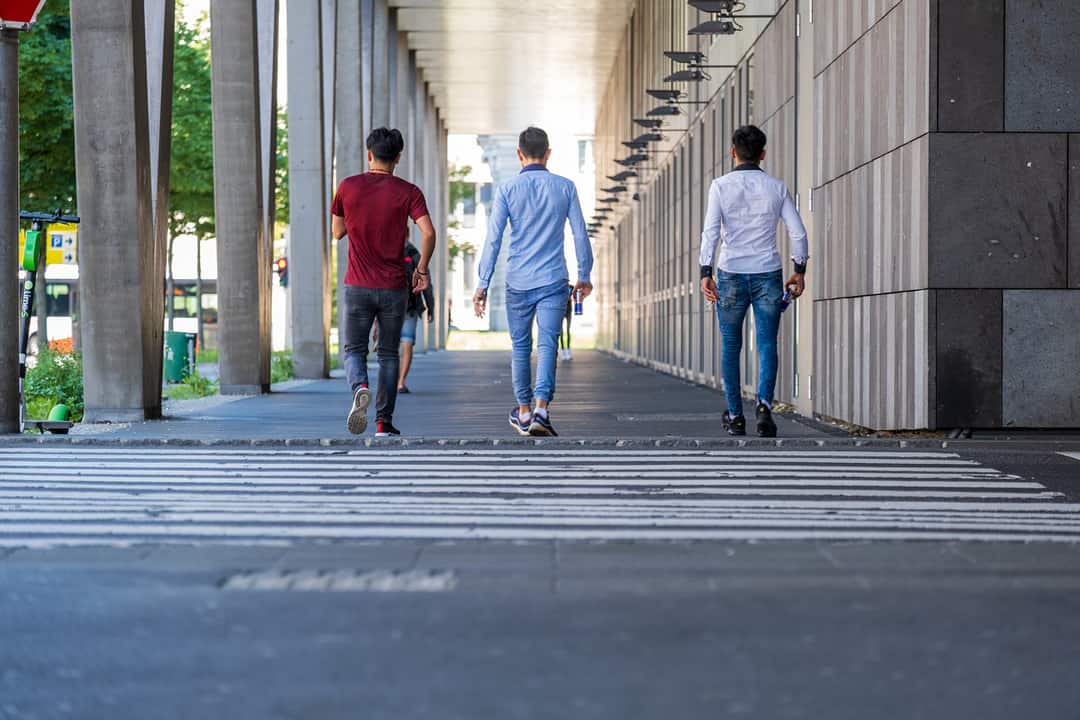 Boys will be.. the men of the future

Looking at the challenges faced by the male Muslim youth

In a world, increasingly marked by growing Islamophobia, where it feels the rights of Muslims are becoming fewer, young Muslims are facing one of the biggest generation gaps and the feeling of not being accepted by the only society they have ever known, which can result in low self value and confusion. They lack the sense of the ‘village’ with strong cultural identity, which previous generations had. This generation finds itself lost in the abundance of choice, as to who they can be, with the ‘choices’ becoming more absurd by the minute.

Even within schools and especially the media, Muslim children do not see themselves being represented, except in a negative way. This can lead to limiting beliefs, such as life being unfair and feeling ‘less than’. It may also conjure feelings of inauthenticity. Seeing a part of themselves as unacceptable, the part connected to their faith. They can find themselves adopting two identities, one for their peer groups and one for culture and religion, depending on what is acceptable in certain situations.

Young people tend to look for their self esteem in others, their social and friendship groups.  Peer pressure is a common challenge for Muslim youth, who have to try and consolidate their faith with society and doing things that all the other kids are doing. As the cultural norms become more extreme,  it becomes harder for children to talk to parents who would struggle to understand the allure of certain social expectations.

Social media means that a child’s entire social experience can take place in the confines of their bedroom, without a parent even being aware of what is influencing their child. The social media effect means that we are all striving for this ‘illusion’ of perfection, which only becomes clear once a person becomes self aware, which can usually take place much later in life.

We see a lot of work being done in terms of dawah aimed at new Muslims which is positive in itself, but where is the support needed by existing Muslims, especially in terms of the youth who are still finding themselves, those born into Islam but who haven’t yet fully embraced it? Where can young males look for guidance and someone who will relate with them and be able to hear the kind of things they want to talk about? Where are the support services aimed at young males struggling with addiction, pornography, a sexual identity crisis or more generally, emotional health issues, like depression and personality disorders?

Unfortunately young Muslims are often left to find support in services that do not cater for their religious beliefs or cultural identity, though this is rapidly changing in terms of counselling services but still quite limited. It can make them feel alienated from their own faith, the message being that Muslim boys shouldn’t have these types of issues. As if these issues are down to the level of faith, which can be damaging to a young boy trying to find his way both in life and in faith.

For parents, the importance of having a close connection with our children and being able to teach the compassion and understanding Islam encourages, and being open to discussions with them means they will be more likely to feel comfortable having discourse with their parents when they have any concerns.

Another confusion young male’s face is how to interact with the opposite sex in the context of society and religion. Something that is often viewed as two glaring polar opposites.  The subject is largely avoided in Muslim homes and very few khutbah (sermon) are given on this important subject. This avoidant attitude means that more of the male youth are turning to pornography where they will start to have the wrong kind of ideals about women, and women are held up to impossible standards. With more value being put on appearance and the ability to sexually please their husbands, losing all other aspects of their unique qualities given to them by Allah SWT.

We hear stories of the Prophet ﷺ being the best example of a husband and father, yet generally this is not being portrayed in our homes, with men not partaking in household chores or being affectionate with wives because of a cultural taboo, so there is a discrepancy between what a young male learns and sees.

We see young men being praised for going to refugee camps, helping in soup kitchens, shopping for the elderly but who would not think of cooking a meal at home, or helping their wives. There has to be a symbiosis of identity and character at home and outside of the home.

As parents we have to teach and model the same message. We have to be conscious that what we say and do is ultimately the same thing. We also have to be careful of the stories we weave into our children’s minds, especially our young males, both adult males and adult women have to make their stories of females positive.

We see the same narrative with mental health and the big taboo around talking about your problems, but what goes deeper than that, is the struggle many males face in admitting that they need some help and support, that women often take for granted because of our natural tendency to share with friends, giving them a sort of basic therapy. When young males show vulnerability they are often berated for it, and there is a danger of them turning this fear which they are not allowed to express into rage, which can then be taken out on anyone that triggers this sense of fear and shame in them, breaking down relationships along the way.

Frequently the definition of strong for males is to be ‘tough’ and ‘man up’ which has translated into not talking about their feelings, not communicating their needs, and getting on with it even when they may be struggling. But when we view things in this stereotypical manner, we fail to teach the importance of being both soft and strong, teaching by definition that either of these terms do not refer to physical strength and also removing the negative connotations attached to either, soft – weak, strong – cold, and so on. This is important for young males and females alike and it’s important that we teach vulnerability as being a strong attribute.

It’s all about balance. We can all be a mixture of soft and strong, but it is in the different contexts of our lives that we apply certain parts of ourselves.

The Prophet ﷺ was both soft and strong, he was soft and playful with his wives and children, and strong on the battlefield and with matters of importance. Because he had emotional intelligence, he was able to distinguish when to be soft and when to be strong. And that is the key ingredient that can help our male youth, in navigating their lives, is if they become self aware and they redefine the meanings of the labels and terms of society. A male can choose to see marriage as a wonderful union, or as a chain that keeps him from being free. He can choose if he views women as some sort of amusement, or an equal person with a unique soul just like his.

Many males are unaware of the challenges that females face, and so educating both about the challenges faced by each is a great way to build understanding and awareness. Again it comes down to vulnerability and sharing our stories, for women this comes much easier and we need to learn to hold space for men to share their fears without judgement also. In that way we nurture men who will be able to hold space for the women in their lives without thinking their emotions need to be fixed or that their unhappiness triggers their own shame.

By teaching emotional intelligence, we send out a generation into the world that will be the best examples of the Deen (religion) in terms of the Qur’an and authentic Sunnah. Thus,  cultural labels will go back to where they should be, on the shelf, like a part of our identity but not something so infused with us that we can’t do the right thing because it is restricting us.

In what other ways can we support young Muslim males and offer them support within our own communities and organisations?